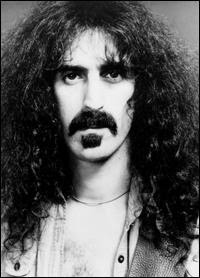 Without them, this torrent might have never seen the light of day. PLEASE NOTE: This is NOT the 1974-12-31 New Year's Eve concert! It's a reel of material passed by Frank Zappa to various radio stations, consisting of 1973 concerts.

This is perhaps the only available source for this material in this form. What's in here is the Zappa New Year's Eve concert broadcast on WLIR-FM in Garden City, New York on December 31, 1974. This was taken off-the-air on a twin push-button Realistic reel-to-reel at 7.5ips as it happened. My friend Steve and I had tried to go from our Long Island homes into Times Square in New York City, but it just didn't happen due to the bad weather. We each bought a bottle of Beaujolais instead, returned to my room, and nearly spit up the wine laughing at this show. Parts of it are still funny enough today to split your sides.

Technical notes: The Realistic deck was notorious for engaging with the buttons not completely depressed. After the commercial break, one side wasn't pushed in properly and the sound became distorted until the problem was noticed and the button was pounded in on the fly. During this portion, the distorted side was deleted and the good side was copied over. So a part of it is in mono.

Really looking forward to hearing this - thank you!

Looking forward to listening to this.

Me oh my Zappa!!! This is a gem. Some great stuff too. Thanks again and again.

Thei is great stuff. BUT ~ After D/Ling & extraction, he final & lengthiest track (no.6) won't extract without Part 2 ! Where is Part 2?