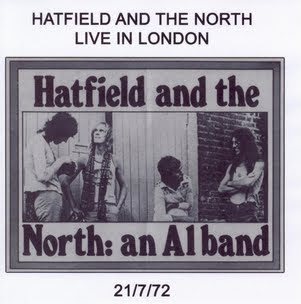 * "Pip Pyle on drums".
** "Delivery, good evening and welcome once again to the Moat of the Tower of London...".

Here's a very early Hatfield And The North gig as Delivery, actually the earliest one listed in Calyx chronology for Hatfield. The artwork lists track 4 as "A1 Blues". 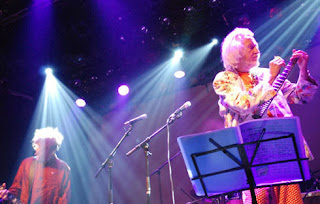 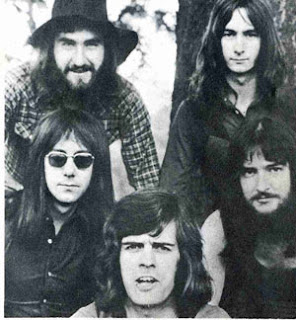 "Master Reel, was erased by the Taper himself....1st gens are all that exist"-HB

From the collection of; Per-Erik "my swedish connection"

* I can not be totally positive that this is the correct line up for this preformance.
The biggest name in question here would be VIRGINIA SCOTT.
It is around this time that she may have already left the band.
To the best of my knowledge she did not appear on their 1972 release "Pathfinder".
At the time of this recording "Pathfinder" is not out yet and the songs are premired Live here.

BEGGAR'S OPERA is from Scotland, their name is derived from a novel by the poet John Gray in 1728.
BEGGARS OPERA made a lot of records but remained acting in the shade of most progressive rock bands.
Their debut-album "Act one" ('70) contains fluent and tasteful organ driven progrock with powerful "Sixties" sounding guitarwork.
The long track "Raymond's Road" is a splendid tribute to the "classics" featuring Mozart's A la Turka, Bach's Toaccata in d-fuga en Grieg's Peer Gynt Suite on the Hammond organ.
The second album "Waters of Change" ('71) is build around the dual keyboardplay of Alan Park and newcomer Virginia Scott and the distinctive, a bit cynical vocals of Gardiner.
The nine tracks are beautiful symphonic landscapes with many organ solos, some swelling and glorious Mellotron waves (like The MOODY BLUES and early KING CRIMSON) and fine electric guitarwork.
On the third LP "Pathfinder" BEGGARS OPERA seems to have reached its pinnacle: strong and alternating compositions with lush keyboards (Mellotron, organ, piano and harpsichord),
powerful electric guitarplay and many shifting moods (even Scottish folk with bagpipes).~ progarchives.com

Posted by Hal Jalikeakick at 2:16 PM 2 comments: Links to this post 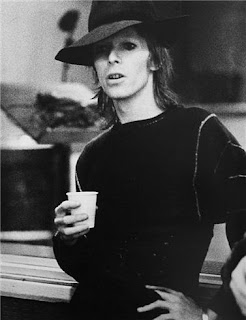 Description: Decent sounding audience tape from the 1974 tour, I think one of the better ones from '74 not including the Maloney recordings, et al. Bowie says "Good evening New York" as an identifier during the intro to All The Young Dudes. This show is missing both Jean Genie and Rock N'Roll Suicide, and has a few small cuts, most are between songs but are barely noticeable. Watch That Man has a cut toward the end of the song. All in all a good show and a good performance. 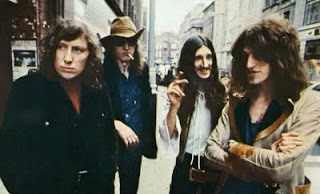 1. BREAKTHROUGH
2. BLACK SNAKE
3. A SPOONFUL OF BROMIDE HELPS THE PULSE RATE GO DOWN
4. CAN'T FIND A REASON
5. VUG (Fades out)

Tracks 1-3 also appear on the Metal Dawn bootleg, though are slightly different. This source is less muffled and has more in the treble end. I increased the bass a bit and took out a couple of pops, before smoothing out the very end of the Vug fade.

On my original cassette, you could actually hear the clunk of the buttons and the guy recording it walking away from the tape recorder!!

Track 3, incorrectly named on the Metal Dawn bootleg, also has the final keyboard and drums stab at the end.

Tracks 4 & 5 do not seem to appear anywhere else. 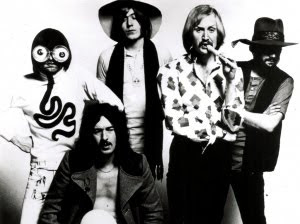 There isn't much circulating live Bonzo Dog Band which makes the somewhat marginal sound quality here very acceptable to my ears. Please check the samples to decide for yourself. I don't think this has ever been seeded here before.

Note: The Bonzos were the openers on October 17 & 18, 1969 to The Kinks and Spirit (who were the headliners). There was an early show and a late show - I do not know which set this recording is from. 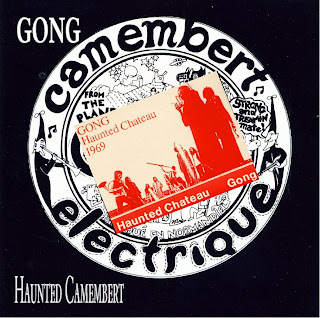 (Best Gong boot in my opinion!)