01. The Politician
03. Here Comes The Old Man Dressed In Flowers
02. Someone Like You

::: Sound quality isn't great & varies, distorted & hissy. But twas radio & surely listenable if it's yer bag. In fact, don't miss it for at least one go round as it's musically mind-ripping. Check samples for prognostication or to get yer first coupla rocks off.
::: Warts: Yes, see above, see below.
::: NOTE: Tape was labeled "1969". Garner dates it 1970-04-21 original recording & first broadcast 1970-05-02. This is the complete session!

Posted by Hal Jalikeakick at 12:05 AM 6 comments: Links to this post 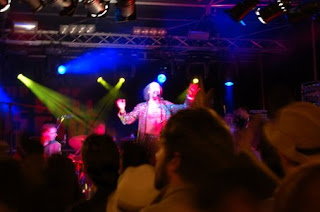 A nice recording of Arthur and his Crazy World, afine prelude to Focus. He has some fine musicians in the group. 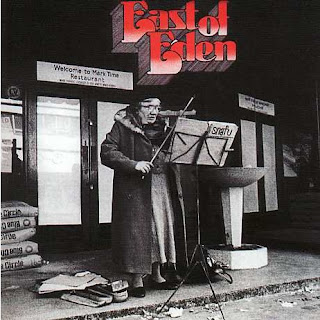 ::: Very fine off-air radio broadcast for the time period. Check samples for the real scoop or to increase your impatience with your slow download speed...
::: Warts: Bit of hum which I didn't screw with (no EQ!) & in one place 1 or 2 seconds of intermittant radio reception issues (mostly fixed).
::: Originally recorded 1970-04-06 & first broadcast 1970-04-06, but this came from a re-broadcast on 1970-07-11, though my recording doesn't have the added 3rd track from that date, "It's The Porridge They're After", listed in "In Session Tonight". What is very cool (not noted in Garner's book) is "Sphinx" segues into "Bathers", another classic from "Mercator Projected", so we get a very intense 12+ minute piece.
::: Source that's around combined with a Radio 1 In Concert 1970 came thru John Faulkner (from whom I have a number of recordings), but I believe this is a different source, unless he got it from me. 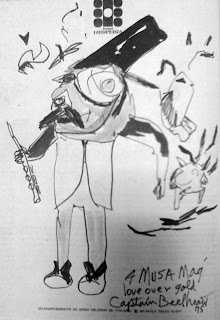 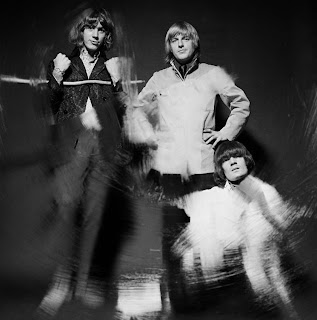 
The Jimi Hendrix Experience recording
In 2011 a 1st generation upgrade of the Hollywood Bowl recording surfaced. This was a TDK MA-X 90 metal tape received directly from the original taper circa 1988. The owner of the cassette could not recall the name of the taper so the master still remains to be found - if it still exists. Several transfers of the cassette were made and circulated during 2011, unfortunately these only used one channel of the 2 channel mono dub due to a defect in the cassette deck and ran 4% too fast. For this release a new 2 channel mono transfer was made, the recording pitch & phase corrected, tape flip overlap spliced together and drop-outs repaired when possible (by patching one channel with the other channel that had no problems). A large amount of clicks were removed (but only when it caused no loss of actual musical content), especially during the very noisy first 8 minutes of the recording. No eq or denoise was used. If you have a previous transfer of the 1st gen cassette and are completely happy with it there might be little reason to get this version. Everything possible was however done to assure this 2012 edition would be the best possible version of the Hollywood Bowl recording to replace the old ATM-0037 2nd gen tape so the perfectionists among you will enjoy this upgrade.

The Jimi Hendrix Experience tracklist
The cuts, tape wows and drop-outs were checked against a 2011 transfer, the old 2nd gen ATM disc and the 2lp bootleg set. All faults listed below were on all sources checked so presumably they are also on the master tape but that of course can't be verfied at the moment.

The KHJ radio promo
The promo spot that starts the disc is not an off-air recording but comes from a KHJ compilation reel of various promotional spots. Exact lineage is unknown but it probably is a 1st or 2nd generation copy of the original radio promo "master". The voice that you hear is that of KHJ dj Humble Harve who also does the opening introduction of the JHE set.

The Support Acts
There are also recordings of parts of the sets by Soft Machine and Vanilla Fudge. The 1st generation cassette however does not include these and the circulating versions are of much higher generation / lower audio quality than the Jimi Hendrix Experience set. Therefore these were not included as part of the Hollywood Bowl release proper but we have included them on a bonus disc that's available separately. The Soft Machine recording was taken from a compilation CDR titled "Soft Machine: American Tour - Summer 1968" and the Vanilla Fudge recording comes from a torrent where it was coupled with a 22 November 1969 recording from Hemisfair Arena in San Antonio. There is no lineage available for Soft Machine, Vanilla Fudge was listed as coming from a 3rd generation cassette. Both tapes very likely exist somewhere in better quality lower generation versions and the bonus disc in no way claims to be definitive or even best quality currently available. Some extranous clicks and digital errors were cleaned up from both tapes.

Interestingly neither support act tape has any of the cuts or speed problems that the JHE set has even though they are very likely to have been recorded by the same person since no other recordings of the JHE set circulate.

There are no recordings known to exist from any of the concerts that Eire Apparent played in 1968. There are some clues available as to what they might have played at the Hollywood Bowl, the book Eyewitness 1968 includes an 26 August 1968 concert review that reports the band played It's All Over Now, Baby Blue and Gloria. On the two available recordings from the January 1969 tour Eire Apparent is still playing Gloria but the Dylan number has changed to Highway 61 Revisited.

The Soft Machine recording from the Hollywood Bowl runs for 15 minutes and this could be most of their set, a 1 September 1968 review noted that the band performed for 20 minutes.

Vanilla Fudge seems to have been playing basically the same set each night. Based on September 1968 reviews reprinted in Eyewitness and the 9 September 1968 Portland recording, at Hollywood Bowl Vanilla Fudge probably played People Get Ready & You Keep Me Hangin' On and finished with the 20+ min Break Song. The Hollywood Bowl recording includes only the last number with a few minutes missing from the start. 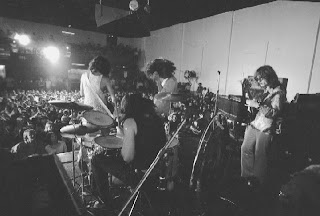 
no eq or any other tampering just the raw tape