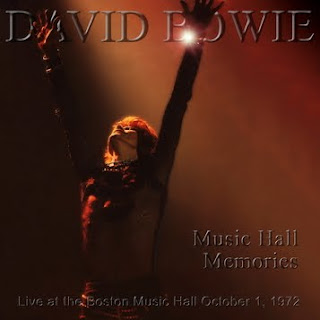 This was recently transfered and is unaltered and un-EQ'd. The way you have it, is the way
the master cassettes are.

Special thanks to Joe Maloney for making this recording available.

This is for JJ and anyone else that missed out on this gem first time around. I've put this up now as I want to make sure I can finish upping this as I'm immenently waiting to go into hospital for a disc removing from my back.

JJ made a request for this show in the Newtorrent and reseed section of the forum but with joy. It was Originally shared by Homerpax, but due to a computer crash I lost the files, but fortunately had burned a hard cd copy. Consequently I've altered nothing apart from adding
this info file and some artwork. The rest is what I downloaded from Homer in february 2008. Wow I can't believe it's over three years ago.

Guys this is the daddy of all Ziggy recordings against which all others are based. It's not perfect some say it could do with some EQ, but it's by far the best Ziggy Stardust audience recording that has ever been done. So I'll leave it to you to rate the sound, but trust me this is a gem.

In my opinion this with some professional tinkering and remastering could be released officially.

Remember Bowie is a currently recording artist so support him by buying his cd's and merchandise. As stated above our thanks must go to Joe Maloney for taping this show (and others).

This is to be played at MAXIMUM Volume!! 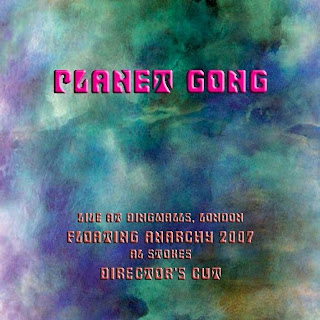 I have also included, from another source, again a video camera
99.Ali Baba Black Sheep, Have You Any Bullshit

The sound here is as captured, I think. It certainly could do with cleaning up in places where it gets peaky.
This is only shared as the official release seems to have ground to a terminal halt 3 years ago now, due to wrangling between band, film-maker & record/film label.
Better to rip it off if you can!

I got rid of some interview material that had been interspersed in the songs by Al Stokes, the film-maker. I felt it added nothing, and in fact just got in the way of the performances. Nothing of any real interest got said.
The film-makers managed to lose/scramble completely the "Ali Baba" file that they had. That's just damn careless in my book.
There is a possibility that an earlier saved copy will emerge one day 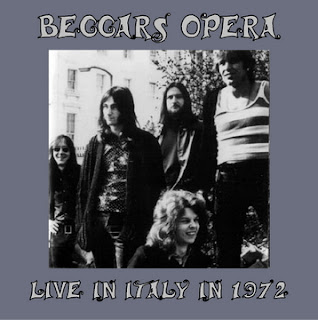 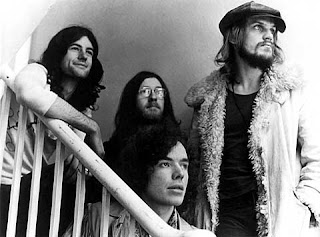 Set list : (i think it is enough close, but any help is really appreciated)

1. Darkness (1 channel disappears for few seconds 3 or 4 times at the beginning of the song)
2. Lost
3. Man-Erg
4. Lemmings Part 1 (1 drop in the transition between the 2 parts)
5. Lemmings Part 2
6. Killer (1 drop between the applauses and the beginning of the song
and 1 channel disappears for few seconds and in some points is lower)
7. Theme one

8. Crowd >
9. Octopus (1 drop between the applauses and the beginning of the song)

This is the third upload from the master tapes of my friend FB. This in an ultra rare show,
barely circulated, a more than decent audience recording, expecially if you consider the age
of it and the not great equipment that probably he used, but i don't know about that. Like i
said before for the others FB's tapes, please don't ask me questions i cannot replay to it....
it is just a miracle i convinced him to give to me his masters to upload over here.....the guy
is out of businness forever.... 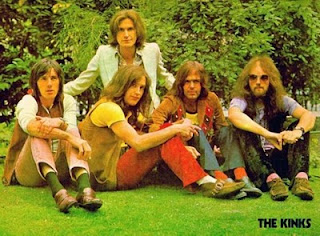 FROM A COPY OF THE MASTER 5" REELS


Dropouts needed to be addressed.
The recording equipment had transport issues and there would be a series of dropouts when each new reel was stared.
For the first few minutes of each tape there are gaps about every second (think 5 " reel turning once at 7 1/2 ips).
chunk chunk chunk chunk chunk chunk.
There were also dropouts throughout the tape but not as many as the beginning of each reel.
Similar issues affect many recordings from this source.
These tapes have been relegated to storage boxes all these years because of the quality issues.
The wave files have been reviewed with headphones to find the dropout gaps which were then spliced together.
Audacity is a nice wave editor and between delete and repair I removed the majority of the defects.
At this time the loudest claps between the songs were removed one clap at a time.
Some of the bumps and bruises of this tape can still be heard if you listen hard enough.
There were hundreds.
Even knowing this stuff you would likely agree that this tape sounds great for it's time.
This concert really shows how good the KINKS were back then.
Loved the Santa Monica Civic Auditorium!
Enjoy
Mike Martin 7/2010
Flying M Productions 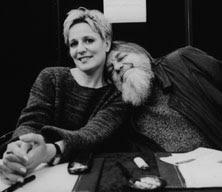 Posted by Hal Jalikeakick at 3:49 PM 3 comments: Links to this post