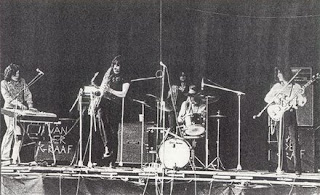 
There is about 30 seconds of DJ talk edited out between 'Robert' and 'Squid' when the sound engineer is thanked and radio listeners told who was on the show the following week.

One of the all time great bands. Thanks a lot Hal.

THE best band to come out of Britain. Thanks for the upload. Peej

shame about the scam on sharebe I really fancied this boot