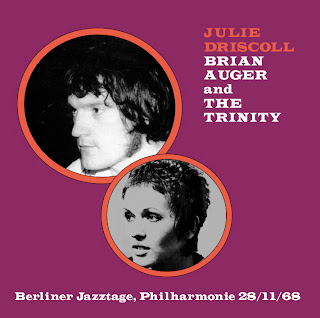 Maybe the November 28th was the date of the FM broadcast?


Hey friends, this wasn´t made from a creased Master audience tape, but from a Cassette copy of a Master FM recording, somebody taped late 1968!

A controversal show when it was even performed as you might recognize when listening to it... Half the audience was begging for more, the other half was booing after Julie´s songs!

Don´t expext too much "Beat" stuff here, since the first part of the show is very "jazzy"!
After Julie appeared, she did a version of "Season of the Witch" emerging like a dream out of all this jamming before and later closed the show with a groundbreaking "When I was a Young Girl", a real proof of her great voice and personality!

I added a nice version of "Wheels of Fire", as a possible encore from another show, probably recorded the same day/days... (Nothing definitely known!)

This is a very nice show with no other flaws as noted above!
Enjoy this great piece of histoy!

Hal.You've done it again! Wonderful post. BA very good...Julie is fantastic..I hate the booing BUT they are in the minority. TYCM. CZ

Uh, the song is called This Wheel's On Fire.

I recently came accross your blog and have been reading along. I thought I would leave my first comment. I don't know what to say except that I have enjoyed reading. Nice blog. I will keep visiting this blog very often.

Thanks. I love this concert. Actually, there is another version of that show, with a slightly different track-list (total time 46:29 ) :