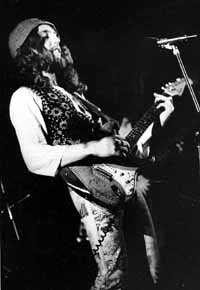 From Calyx website:
Following Daevid Allen and Gilli Smyth's decision to take a break, newcomer Steve Hillage is
asked to lead an alternate line-up of the band, christened ParaGong, including veteran Didier
Malherbe, and other recent recruit Tim Blake; for a while, ex-Moving Gelatine Plates bassist
Didier Thibault (who had been recommended by Gomelsky to replace Moze in Magma a few months
before) joins the band; setlist includes Kevin Ayers' "Why Are We Sleeping" and an early version
of "I Never Glid Before".

Much hiss (no dolby) but the music is worth it. No dates and venues.

Thanks for turning me on to Gong man.

Thanks so much for this important document!!!

Any chance you have a lossless copy floating around for trade?

Cannot thank you enough for this slab of history-been looking for it for years!

Thanks from France for these Gong Documents